The King in Red 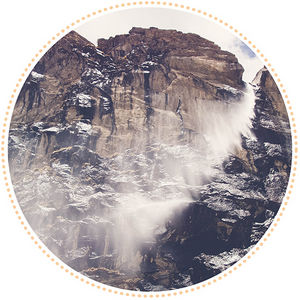 India is known for its many Gods, who can take any form – good or bad, creator or destroyer. For many Indians their reality represents a divine play, where light and dark are continually interchanging in order to create their reality. From this point of view, no matter how positive or negative people around us are, they only represent one aspect of the divine which is teaching us a lesson. It is true that sometimes, we need a negative and dark experience in order to learn and receive clarity about ourselves and to move on. Therefore, it is important to grow in equanimity and do our best to understand the message rather than being defensive and judgemental.

Luxury can be very isolating
Reaching my final destination, was as easy as I wished for. Although, the rooms seemed to be very expensive, I was given a special price. I was staying in the most beautiful, luxurious, huge room, with red double bed. The owner happened to be a priest, so he took me to the evening prayer and took care of me. It was the first time in a long time that I had dinner on my own. I ate but did not enjoy a single mouthful. As I was walking through the dark streets, there were no magic moments, no laughter, no unexpected events. Even though I had got what I wanted, I was still missing Babaji. It would be so different if he was around.

In all the darkness surrounding me, there was a huge red temple on top of a hill, lit up like a Christmas tree. The priest had told me that monks like Babaji go up there and this was playing on my mind. I started walking up a muddy and dark road and finally, I reached the front door. As I opened the door, there it was, a huge poster of Babaji himself – the Guru of my yoga lineage! In a second, I knew the monk I was travelling with could not be found here. Everything in this temple was over the top and painted in red and reminded me of a carnival rather than a place of worship.

I was getting more and more confused; the place was empty. After wandering around for a while, a priest approached me, so I asked about morning prayers and events. He did not even bother to answer, but just told me to wait in the main hall for the head Swami (priest) to arrive. What was I doing there? I felt uncomfortable being there and the fact that they were claiming to be in my lineage made it all seem like a joke!

The Divine has many layers and dresses accordingly
I wished I could leave but it was too late as Swami was about to arrive. I expected a simple and humble priest but what appeared in front of me was a king, dressed in a royal red gown and walking like a king, he passed me and then looked back towards me and down at me. His expression looked amused. It was as if he was checking me out and I did not feel comfortable. There was nothing I could say. I did not even have any questions for him, a reason to be there or even a reason to meet him. I then realised that in order to be able to hear what he had to tell me I would have to listen without judgement and no expectations.

We entered his room. The door closed behind us. The room was warm, there was a red bed, with huge peacock feathers behind it, Christmas lights all over the room and a huge red altar. I bowed down before the altar and then he directed me to sit on the floor, whilst he was sitting on the bed.

Sometimes we need to hear answers rather than asking questions
He looked at me and started talking. It was as if it was not him talking, the information was quite messy and the sentences did not make sense, yet I got the exact answers I needed. It was as if he was answering the thousands of questions in my head and I could feel that I was calming down. There was no need for questions here. I came here for answers.

Every time I relaxed, my thoughts came back, telling me to run away, I was in the wrong place and comparing him with the monk from the Himalayas. I kept repeating: “I have no thoughts, I have no thoughts, please thoughts, stop, stop just for now...you can come back later...just give me a break now, please, it is very important!” Then there was a silence.

When nonsense results in complete relaxation of the mind
He continued: “You see, I have many students from Europe and they are very happy to donate a lot. At the back of the temple, we now build a statute of Babaji and it is your responsibility to build.”

I was just looking at him, trying not to react, pretending I did not hear what he just said.
“My responsibility?”
He smiled and said: “Yes. You know, Babaji visited my mother when I was 5 years old. Then he took me with him and since then has been teaching me.”
“So you can talk to Babaji and you can see him?”
“Yes, I can.”
“Ok. Tell me more about this.” I was trying to play calm, although I knew he could read what was going on within me and he was having fun with it.
“You see; I only teach people who are ready to follow the rules. If you are not going to follow the rules exactly as I tell you, forget it. You have to be ready to follow entirely. You come back tomorrow and I will teach you. You promise?”

I was sitting there and I could not promise. I started to tell him, I already had a Guru, I was a teacher myself and I was not supposed to be taught by another teacher. As if he did not hear what I just said he continued: “You have to stay here for one month. You will abandon all your plans you have and entirely surrender to me. This is your home. You are part of my family. Stay. Change your plans and your journey. I will teach you.” This was too much, however, I realised that I was not ready to surrender entirely to either this red man nor to any other master himself.

The paradox of duality
Then the food was brought. Samosas (a fried pastry filled with vegetables) with green chillies. They both categorised Rajasic foods according to Ayurveda. He offered it to me and I decided not to take it. Then he looked at me with green chilli in his hands. “You have to promise that from now on you will only eat Satvic food! Promise!”
I smiled because while he was offering me Rajasic food, he was telling me to eat only Satvic food. There were so many contradictions in his speech and eventually I did not have the ability to think or analyse him any longer. My mind turned off completely.
“I will try my best.”
“No. Promise!”
There was no way out of this. I knew it would be hard to keep this promise in the society I lived. Then I promised I will eat only Satvic food and in my thoughts added that I will do my best.
“Come back tomorrow at 4pm.”
“I will try. I am going to the waterfalls; I will see if I have time.”
“You come tomorrow at 4pm.” He concluded and did not allow me to answer.

We are all one
It was time to go. Then, just before I left, he looked at me with an amusing smile: “You happy?”
It was as if something woke me up. The voice and the tone of the question were exactly the same as Babaji had asked it over the past few days. As he looked into my eyes, I also saw the same look Babaji had been giving me over the past week!

Although I felt confused and exhausted by all the red energy, I felt at peace, there were no thoughts on my mind and I was feeling very happy. The same happiness I felt with Babaji. I observed my body. There was a change. As if something within me realigned and all my tensions and sadness disappeared. I looked at him with gratitude.
“Yes. I am happy. Thank you.”
I bowed down and left.

Running down the hill, I felt like the most confused person in the world. This was the moment when I practically experienced and internalised the idea that God lies in each of us. God was everywhere in so-called 'good' and 'bad' people. He was creating a masquerade, a theatre, where some people were nice, others dramatic, and others mean... If one day we all decided to completely surrender to the divine, we would not know which role would be there waiting for us. Maybe one day we would be wearing a white robe, guiding people to the Himalayas and another day we would be dressing up as a red king, confusing people but helping them to understand and cherish what they have. This was a very powerful night. I was being taught to love every human being, no matter what they were wearing, as they were only servants of God. No judgement. There was no good and no bad. It was all part of one reality.

All we can do is to forgive
The next morning as I was walking up the hill towards a taxi stand, it occurred to me that I will have to forgive myself. No one else could do it for me. With every exhalation, I started to let go and forgave. As I finally relaxed, there was a man from the shop in which I had made a phone call to Babaji, screaming my name.
“Hey! Your Baba called. He had a heart attack!”
I swallowed. Oh, my God. How did this happen!
Despite the shocking news, I was the happiest person in the world.
I ran to the shop and he told me that Babaji had called back to let him know he was in the hospital!
I immediately called him and he told me he was OK. Then I said: “Babaji, I am so sorry. I miss you so much. It is all so different without you.”

Words were flowing out of my mouth that I always wanted to say to him. He was smiling. He was happy. He explained that as my taxi drove away he had a heart attack. So he was brought into the hospital to be treated due to the oxygen suffocation. In this moment I understood how much he must have been hurt by my selfish actions and how much we hurt the Divine each time we reject its plan for us by being selfish.

If you feel inspired, have any questions, or you would like to share your experiences and feelings with me, discuss any of the moments in detail write to me at: This email address is being protected from spambots. You need JavaScript enabled to view it..